Wow, today was a long one. But certainly a good one. I started out the morning in the vertebrate joint symposium with a squamate mandibular symphysis talk by Dr. Casey Holliday, but with the exception of one hominid hip joint talk, it was all archosaurs of the air after that. I managed to make it to one of the only two pterosaur talks of this years meeting, and spent the rest of the morning in Technical Session X for some bird stuff. I've talked about it before, and read through most of the papers on the subject at this point in time, but hearing the fossil feather color talk blew my mind all over again. It was also interesting to learn that the research that lead to the discovery of fossil melanosomes in dinosaur feathers had started with fossil cephalopod ink. There were several talks on new finds in China, and as always, some talks on WAIR and the origin of flight in dinosaurs.

After lunch, crocodylomorphs were the name of the game, and there were some really good talks in Technical Session XII. Presentations on croc evolution and phylogenetics, new species, reevaluations of known taxa, and a few on extant crocodilians almost made me want to narrow my focus of study. But I'll have to resist, at least for the time being. Regardless, it was a great session. The posters that followed were particularly good as well. I have to make a point to mention fellow ELTer, Tess Van Orden, who presented her poster on taphonomic experiments involving bone abrasion and transport distance. The University of Maryland was out in force at this years meeting. Get 'em Merck and Holtz!

As is tradition on the third night of SVP, The Annual Benefit Auction and Social was held. I didn't manage to get either of the items I was bidding on for the silent auction portion (does anyone have a copy of The Story of Big Al: Saving A Dinosaur for the Future they want to get rid of?), but I did come away with a copy of The Dinosauria that I got signed by Dr. David Weishampel, and two Luis V. Rey prints from the live auction. That, combined with the usual nonsense that is the live portion of the auction made for a pretty entertaining evening, as always.

That about wraps up day three. Since I have plenty to spare, here are some more Carnegie Museum photos. Hope you don't mind. 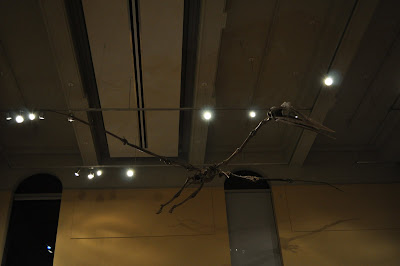 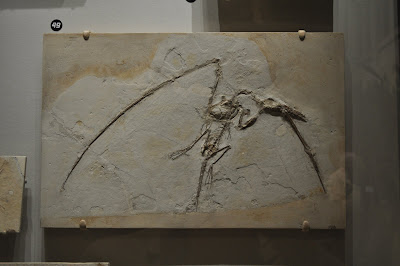 The not so giant Jurassic pterodactyliod pterosaur, Pterodactylus antiquus, the first pterosaur ever described. 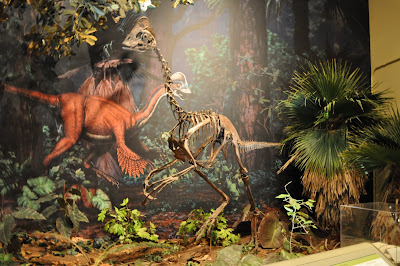 A currently unnamed oviraptorid. A cast of the skull and neck was the big ticket item at the live auction. 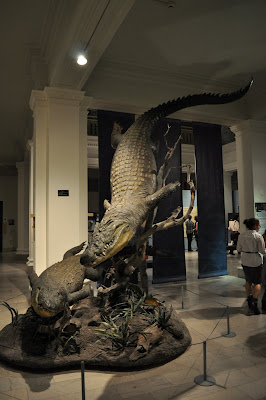 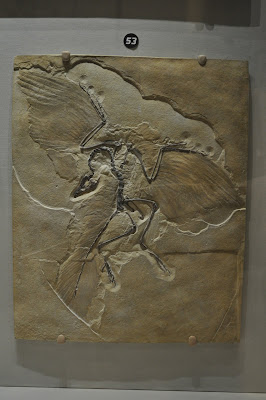 A cast of the famous Berlin Specimen (HMN 1880) of Archaeopteryx lithographica, the "first bird". Look at those feather impressions. Still as awesome today as it was in the 1870s.
Posted by David Tana at 11:50 PM