In Darwin's Footsteps: Field Studies in the Galápagos Archipelago (Part 1) 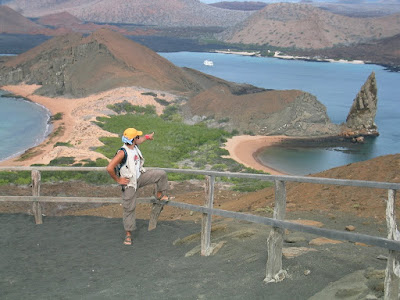 A humble explorer, pointing towards the Pinnacle Rock of Isla Bartolomé.